OCD Kitchen has moved! Check us out at our new place: Honeycomb Market! We're currently in the process of moving over all the delicious recipes you love.
Thank you for your continued support!

Well, you may all be wondering how my first food intolerance reintroduction went. The answer? Eh, could have been better.

August 9th I tried out eggs. I had one hard boiled egg with a little salt. That’s it. Remember I haven’t eaten an egg in three months so showing enough restraint to just eat one was pretty amazing. I then kept going about my day as usual and kept track of any symptoms in my food journal.

The next day (Aug 10th) I experienced a lot of belching. This is a symptom I had at the beginning of elimination and the one that actually makes me the most anxious due to my phobia. On Aug 11th things continued to go down hill a bit. The not so pleasant bathroom habits plagued me again. But I got caught in the conundrum of what was causing my symptoms. It could have been the egg but it was also that feminine time of the month, so I can’t rule that out either.  Aug 12th and Aug 13th continued the trend. By the time my four day window came to a close I was about ready to throw the book at eggs for good. Then on day five when my symptoms persisted I had to take a step back and evaluate. Eggs were most likely no longer the cause.

This is why a food journal is so important! I had to look back at my past four days and figure out what I’d been eating a lot of. I realized coconut oil had been a key ingredient in a my meals recently. At the start of elimination my use of coconut oil was pretty scarce. I wasn’t sure what to do with it and couldn’t get over how it looked (don’t ask). As I got more comfortable with the product I’d been using it more and more. So I took to the the internet to do some research. The goal was to try and figure out if coconut oil could be my potential culprit. Turns out a lot of people have complained that ingesting too much coconut oil at one time can cause …loosening effects. While this doesn’t account for the symptoms I experienced on the day after ‘egg day’ it could potentially explain what’s been going on since Aug 12th.

Related: 9 Tips and Tricks for Surviving and Elimination Diet

I decided to take a step back and remove coconut in every form from my diet for the next few weeks to see if my symptoms would clear. Then came the waiting game. I had to wait for five symptom free days before I could try any type of reintroduction again. I wasn’t free to try anything else until August 19th! Then came the big decision. Did I give eggs another try or just move on to the next food? If eggs caused another set of issues they would be out for good which would just crush my soul a little bit. After a lot of pros/con lists I decided that I wanted to give eggs a second try. I truly believed that the issues that came about in the first round were unrelated to the egg.

I’m successfully rounding out day three after my second egg! I’m happy to report no issues so far! I’m so excited two more days and I can officially add eggs back into my diet. This first round of reintroduction has been a learning experience for me. I have to keep going strong with my food journal and not give up hope on this journey!

As foods are given the green light to come back into my diet I want to do a featured recipe to celebrate! I have so many egg-celent ideas! (Nailed it.) Fingers crossed the next two days go smooth!

I hope this shows a glimpse of how I try to use the tools at my disposal to decipher what my body is telling me. Do you like these reintroduction stories? Want more? Starting your own elimination diet? I’d love to hear your story! Feel free to write me or drop a line on my Facebook page! Don’t forget to subscribe below.

Welcome to My Kitchen!

Diet restrictions don't have to equal boring meals! Here you'll find allergy/intolerance friendly recipes, jam packed with flavor that will be loved by all. Learn More... 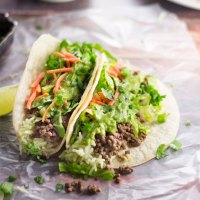 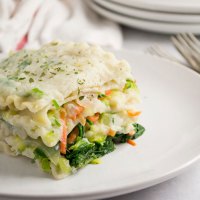 I'm excited to announce the release of my first collaborative e-book! I've worked closely with three other great food bloggers out there to bring the 7 Days of Real Food E-book to you all! This book contains 35 real food recipes to help fill your week with delicious healthy food. Receive your copy by subscribing to the OCD Kitchen newsletter. Enjoy!

Recipes Straight to Your Inbox